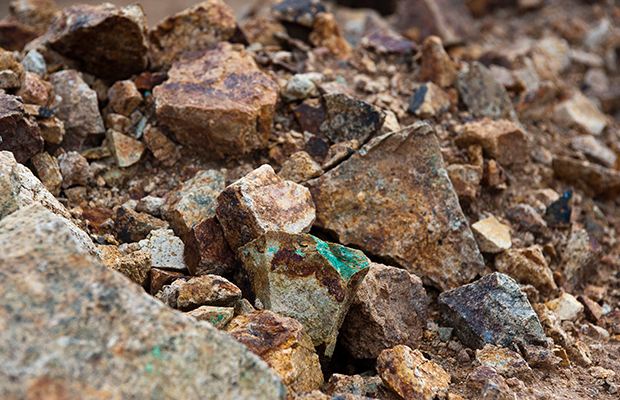 ​VANCOUVER, BRITISH COLUMBIA—(January 3, 2018) - THEMAC Resources Group Limited (TSX VENTURE:MAC) (“THEMAC” or the “Company”) announces that on December 28, 2017, the State of New Mexico Third District Court rendered its decision in respect of the water rights associated with the Copper Flat Project. Water resources are carefully managed and controlled in the Western United States, and appropriation of water rights for use by the Copper Flat Project is managed by the Office of the State Engineer for New Mexico (NMOSE). NMOSE considered 896.29 acre-feet to have been perfected through historical actual use by the Mine, far below the amount required for the operation. NMCC disagreed with NMOSE, and in a water rights adjudication suit, separate and apart from the NMOSE, the Company asked the court to adjudicate to them the following water rights:

2. Confirmation that the Company had vested water rights in 1,267 afy that the Company acquired pursuant to an Option and Purchase Agreement between NMCC, and William and Linda Frost and Harris Gray dated September 9, 2010 (the “Frost and Gray Agreement”), of which the NMOSE conceded the Company held 896.29 afy; and

3. The Company argued that it had a right to continue to develop a water right in the mine because its predecessors had never given up the idea of opening the mine under the right financial conditions. This right to develop the mine was under what is called an “inchoate water right”. If fully developed it would be an amount of 7,578 afy that was acquired pursuant to the Frost and Agreement. Gray Agreement and the Hydro Resources The Company has complied with the terms of the Hydro Resources Agreement and the Frost and Gray Agreement.

The Company’s adjudication request was opposed by an adjoining landowner, Turner Ranch Properties, L.P. (“TRP”), and certain other local residents In the water rights adjudication suit, TRP argued for a determination that all of the Company’s water rights, other than a water element in the existing pit, had been extinguished because they had not been pursued with reasonable diligence. The arguments of the parties were heard at a trial during the week of March 15, 2016 and during the last week of June, 2016. Final briefs were submitted in January 2017.

In its decision, the Court determined that:

1. The previous owners of the Copper Flat Project and other mining companies that were successors in interest had not pursued a continuing plan to bring the property into production. Accordingly, the court determined that the Mendenhall Doctrine did not apply to the water rights because there was no continuous reasonable diligence to place the water rights to use at the mine.

3. NMCC’s other assertion of ownership of an additional 696 afy acquired as part of the purchase of the Copper Flat Project from Hydro Resources were found to be extinguished as a result of abandonment, other than a stock right in one well and a water element of the 34 afy associated with the open pit.

4. The inchoate Mendenhall water rights acquired pursuant to the Frost and Gray Agreement and the Hydro Resources Agreement have also been extinguished because of a lack of due diligence by the predecessors in placing the water to beneficial use.

The Company is disappointed with the determination of the Court. The vested water rights that the Court has determined exist fall far short of the requirements for the Copper Flat Project. However, the Mendenhall doctrine as a source of the right to pump from the wells owned by the Company is only one option for the Company to move forward. The Company is considering whether to appeal the decision.

Even though the decision is a setback, the critical issue in obtaining a water permit in New Mexico is whether pumping the wells for a specified period of time will cause injury to other water users. Those issues have been thoroughly addressed. The expert hydrologists for the Company have worked closely to determine how pumping from the Company’s wells might deplete the Rio Grande as it moves south

toward Texas. The Company has completed models that have been reviewed by the NMOSE and over which there is no disagreement. These models show the effects on the Rio Grande To offset those effects, the Company has acquired a lease from the Jicarilla Nation to release water 3000 acre feet into the Rio Grande. This lease has been authorized by the United States Department of Interior and the United States Bureau of Reclamation.

The Company has also evaluated the effects on all neighboring wells and there was no evidence at the trial of any injury to any other well. Finally, the Company committed in the EIS process to ensure that no existing well user in the area will be denied a water supply. These commitments are known to all regulatory agencies having jurisdiction, including the NMOSE.

The Company intends to continue to advance permitting of the Copper Flat Project while identifying the most effective path forward to securing access to necessary water rights.

About THEMAC Resources Group Limited
THEMAC is a copper development company with a strong management team and as of May 18, 2011, a 100% ownership interest in the Copper Flat copper-molybdenum-gold-silver project in New Mexico, USA. We are continuing to advance the closed copper mine, Copper Flat, in Sierra County, New Mexico, toward production with innovation and a sustainable approach to mining development and production, local economic opportunities, and best practices reclamation practices for our unique environment. The Company is listed on the TSX Venture Exchange (ticker: MAC) and has issued share capital of 79,400,122 common shares (fully diluted share capital 93,925,416).

NO REGULATORY AUTHORITY HAS APPROVED OR DISAPPROVED THE CONTENT OF THIS RELEASE. THE TSX VENTURE EXCHANGE DOES NOT ACCEPT RESPONSIBILITY FOR THE ADEQUACY OR ACCURACY OF THIS RELEASE.